Today Eric and Carlos are here to answer your questions! Submitted via Twitter, the guys are tackling everything from beard insecurities to the future of Beardbrand.

How to deal with beard insecurities

Eric points out that everyone’s beard is different, and if you can embrace your beard’s quirks and unique aspects, it will go a long way in making you feel more confident and enjoying that your beard is truly one of a kind.

The beginnings of Beardbrand and why the guys grew beards

Carlos grew up surrounded by bearded family members and loved viking and medieval films that featured great facial hair, and his fascination and appreciation for great beards began at a young age.

Eric has always felt the urge to embrace his inner beardsman. He worked as a financial adviser for some time before quitting and starting his own web design company and decided to grow a big beard. It became a new phase in his life and was the start of Beardbrand.

The future of Beardbrand

Carlos explains that Urban Beardsman is on the brink of shifting to an ecommerce site that will feature curated collections of accessories chosen by Eric, Carlos, and Team Beardbrand’s Jeff Buoncristiano.

Eric says that Beardbrand is expanding to include hair care and body care, and has a variety of projects and products in the works.

When the guys noticed their beards filling in and maturing

For Carlos and his awesome genetics, he saw his beard start to fill in around 16, and when he spent five months working in Germany in his early 20’s, he just let it grow and found he really liked how he looked with a beard.

Eric was a later bloomer, and saw his beard really mature and develop in his late 20’s, so he recommends being patient and seeing how your beard develops. 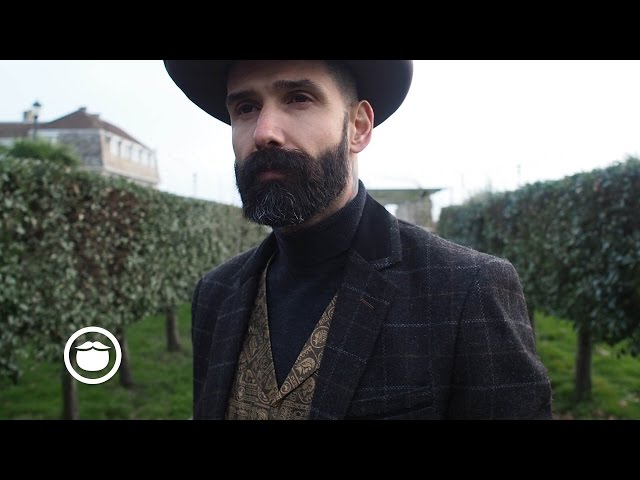